Fleisher/Ollman is pleased to announce Becky Suss/Wharton Esherick, an exhibition of paintings by Becky Suss based on the interiors of the Wharton Esherick Museum, located near Philadelphia in Chester County, Pennsylvania. The museum preserves the home and studio of famed 20th century artist Wharton Esherick (1887–1970), containing many of his renowned furniture works, his iconic spiral staircase, his library, carved wood kitchen items, and prints, paintings, and drawings by Esherick, as well as artwork by his friends and family. This architectural marvel and the wonders inside remain essentially unchanged since his death. The building is considered the artist’s most important work of art, as it captures every aspect of his creative development; it was constructed over a forty-year period beginning in 1926.

Suss is known for paintings that explore domestic interiors, from architecture and furniture to artworks, decor, and books. Her paintings are oblique memorials to family and family friends who once inhabited the interiors she depicts. Suss paints from memory and imaginatively fills in the blind spots of living spaces she may not quite recall with things that make sense given the personality of a particular room, or the loved ones who lived there. While always devoid of figures, the paintings are nonetheless portraits of people. Diverging from her usual role of memory painter, in the Esherick series,  Suss trained her eye on a very specific set of interiors, engaging with the actual spaces in “real” time during an informal residency at the museum, as well as through photographic documentation.

It is not surprising that Suss would be captivated by Wharton Esherick, who was a creative polymath:  sculptor, furniture designer (and maker), self-taught architect, printmaker, and painter. He is a towering figure in American Modernism who adopted the many modes of Modernism as they evolved across the 20th century, including Arts and Crafts, Art Nouveau, German Expressionism by way of Rudolf Steiner, hitting his mature stride with a refined, organic minimalism. Esherick was a free-thinker whose creativity was fueled by progressive attitudes in education, lifestyle, and politics. His circle of fellow artists, patrons, writers and intellectuals—a who’s who of modern luminaries—all contributed to the well of effervescing ideas from which Esherick drew.

Suss was born in 1980 in Philadelphia, Pennsylvania, where she is currently based. She received an MFA from the University of California, Berkeley, a BA from Williams College, and in 2013 attended the Skowhegan School of Painting and Sculpture. Suss had a solo exhibition at the Institute of Contemporary Art, Philadelphia, in 2015, and a solo show at Jack Shainman Gallery, New York, in 2017.  Suss has been included in group exhibitions at the Fralin Museum of Art, University of Virginia, Charlottesville, VA; Oakland University Art Gallery, Rochester, MI; Woodmere Art Museum, Philadelphia, PA; the Berkeley Art Museum, Berkeley, CA; and the Berman Museum at Ursinus College, Collegeville, PA; among others. In October 2018, Suss will be featured in the group exhibition, One Day at a Time: Manny Farber and Termite Art at the Museum of Contemporary Art, Los Angeles, CA, curated by Helen Molesworth.

Esherick presented a room of his work in 1940 at the New York World’s Fair, his first major exhibition. During his lifetime, Esherick was honored with a Gold Medal from the New York Architectural League and, in 1958, the Museum of Contemporary Crafts in New York (now the Museum of Arts and Design) held a major retrospective of his work. In addition to many private commissions, Esherick is represented nationally in the permanent collections of more than twenty major museums, including the Metropolitan Museum of Art and the Whitney Museum of American Art in New York, NY; the Philadelphia Museum of Art and the Pennsylvania Academy of the Fine Arts, Philadelphia, PA; the Museum of Fine Art, Boston, MA; and the Renwick Gallery of the Smithsonian Institution, Washington, D.C.

Thanks to Julie Siglin, Laura Heemer, and Katie Wynne of the Wharton Esherick Museum; and Robert Aibel of Moderne Gallery, Philadelphia.

For information about the Wharton Esherick Museum, or to reserve a tour, please visit whartonesherickmuseum.org. 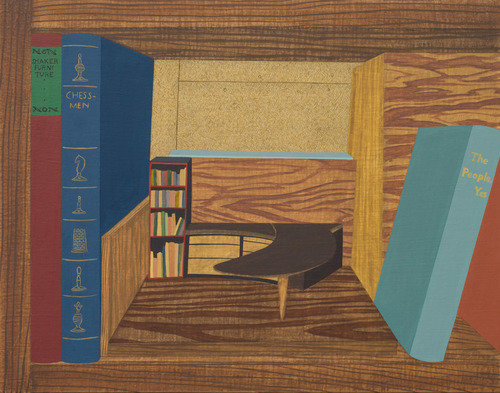 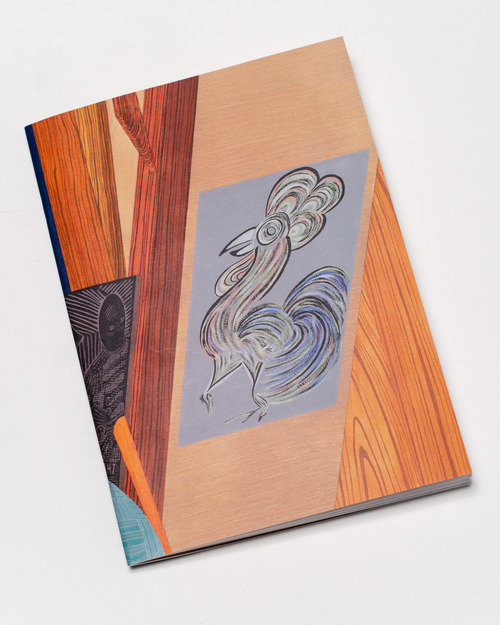 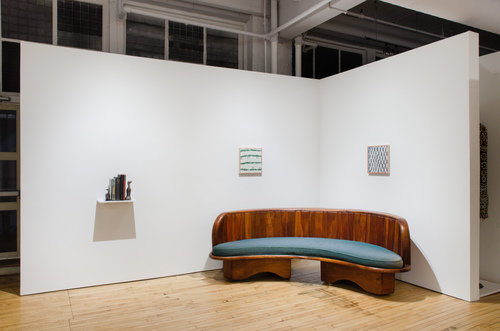 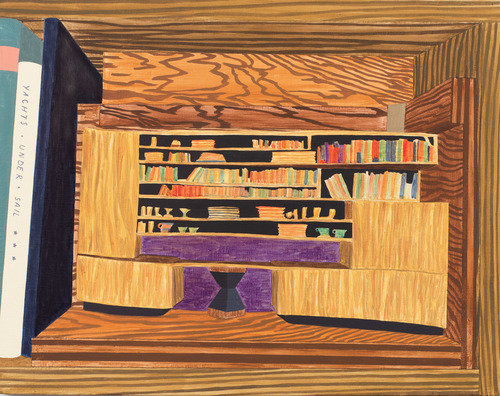 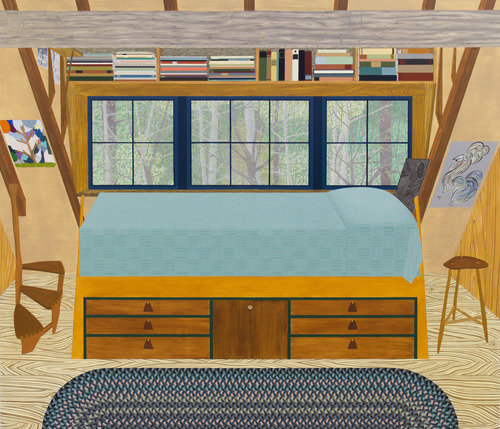