Join us on the closing day of David Byrd: Patient Pondering for a conversation about Byrd's life and work with Jody Isaacson of the David Byrd Estate.

Fleisher/Ollman is pleased to announce a solo exhibition of the paintings of David Byrd (b. 1926, Springfield, IL; d. 2013, Oxford, NY). Byrd worked in obscurity mainly in upstate New York and was active from the late 1940s until his death in 2013. His output was substantial and life-long, but his first exhibition was not until the last year of his life. Byrd was a keen observer of the human condition and his rural environment, painting genre scenes and landscapes in a style that channels Giorgio Morandi and Amédée Ozenfant by way of Paul Cadmus, with occasional nods to Giorgio de Chirico and Balthus. His melancholy take on humanity focused chiefly on the denizens of Sidney Center, NY, where he lived during the last two decades of his life, and where he was most productive. His subjects include auctioneers and attendees at country auctions, shoppers at food markets, and patrons at laundromats and gas stations, all realized with thinned oil paint utilizing a dry-brush technique. Many of the paintings blend the real and the fantastical in unsettling ways that transcend the everyday sensibility that the works initially suggest.

What is perhaps most striking about Byrd was the manner in which he turned his experience as an orderly in the psychiatric ward of the Veterans’ Administration Medical Hospital in Montrose, NY into his magnum opus. Byrd painted and drew patients he observed and interacted with during his employment there from 1958 to 1988. Upon his retirement from the hospital, he began building a home and studio, largely on his own, where he devoted the remaining 25 years of his life to painting full-time. He based much of his work on memories of individuals from the VA Hospital. He not only committed his subjects to oil on canvas, but compiled a comprehensive sketchbook of drawings juxtaposed with written observations and insightful musings on life in the hospital.

The VA hospital paintings catalog human despair in a direct style filtered through Byrd’s signature, surrealistically strange touch: faces are mask-like, bodies are elongated and weirdly rumpled, and rooms appear claustrophobic and forbidding. Byrd is especially attuned to how patients’ bodies interact with cloth. Paintings depict patients hiding beneath blankets forming mountainous landscapes from extended, but concealed, limbs and heads, or alien-like bodies dressing and undressing, shrouded in odd ways as patients go through the motions of pulling clothes off while hunching or stretching.

David Byrd had very little contact with the art world until the last year of his life, yet despite his reclusiveness, he was self-aware as an artist. Byrd studied with Amédée Ozenfant at his namesake school in New York during the late 1940s and early 1950s on the GI Bill (Byrd served in the Merchant Marine in World War II and the Army post-war), and, later, traveled to New York and Boston to visit museums and galleries. Ozenfant’s brand of cubism, choice of palette, and fastidiousness about the preparation of his canvases with tiny brads are all evident in Byrd’s paintings. Byrd’s engagement with the alienated human figure resonates within the artistic context of American figurative modernism, c. 1930–50, when artists like George Tooker, Paul Cadmus, and Jared French explored people in states of loneliness, folly, and hedonism.

Special thanks to Jody Isaacson and Jessica Farrell of the David Byrd Estate for their generosity, and Matthew Higgs for the introduction to David Byrd’s work. 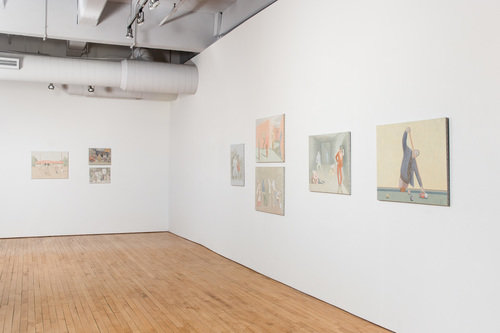 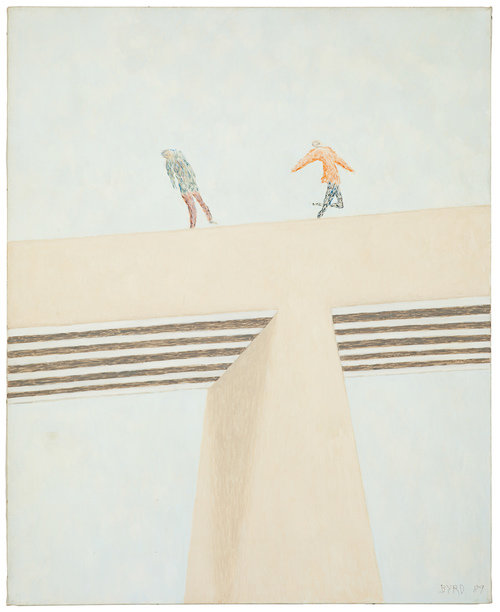 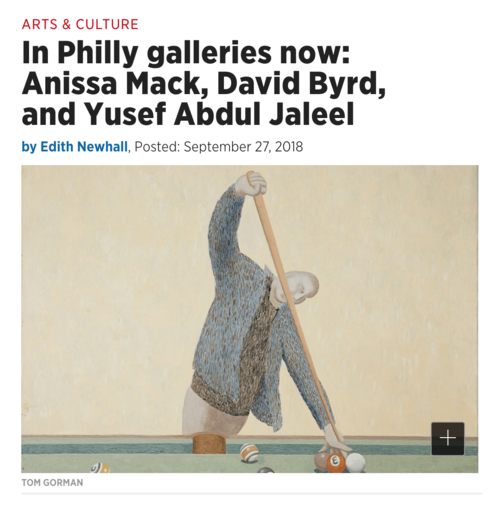