Fleisher/Ollman is pleased to announce Jina Valentine's inclusion in "natural renditions" at Marlborough Chelsea. The exhibition, which opens June 3 and runs until July 9, "is comprised of twenty-two artist who use a number of disparate materials, processes and techniques to create work that evokes organic forms and phenomena." Valentine's Poisonous Books, a large construction on paper from 2009, will be on view. 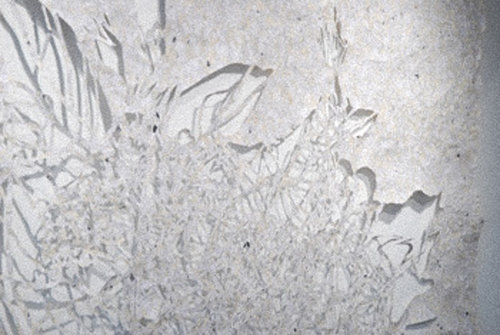 Friend and gallery artist, Jina Valentine, is currently spending one year in Paris, France on a residency through the Stanford Studio for Humanities at the Cité International. You can read about her travels and discoveries here:

If you need convincing that you should add another site to your dailies:

"saturday afternoon, at 14:30, we arrived at the Closerie Falballa-- the site itself is in Périgny-Sur-Yerres, approximately 2 hours by train/bus/walk from centre-ville Paris... the closerie falbala was executed between 1971-1973 by Dubuffet and a team of technicians. it's quite a grand accomplishment, and is representative of the Hourloupe Cycle for which he's most known. the site is nestled away in the woods, and was damp and slippery with wet leaves when we arrived. the Closerie, the garden-simulacrum is just large enough to feel like a site, once you're in it, but not so grand as to feel like a park, say, and is larger than monumental sculpture--or more inviting anyway. and our group numbered about 10 people--two families, including a set of talkative toddlers, and locals from the banlieu. i'll update this post with pictures soon, but what was really most striking about being there, navigating this undulating, black and white terrain, was watching the way in which the groups' shapes and colors interacted with the piece. imagine this: a blond woman in fur coat, 50ish, stockings, and 3 inch heels with a toddler modifies her movements to the terrain and to the child run-amok. i mean at first you'd think the site seems out of place (stark white and black on earth-tones). within the closerie, you realize we the visitors are quite out of place there--tripping, wobbling around, and interrupting each others' views of the work with our brightly colored, awkward bodies." 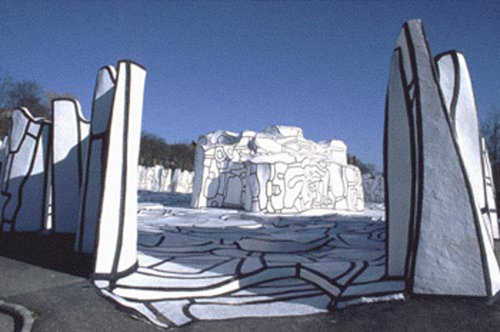 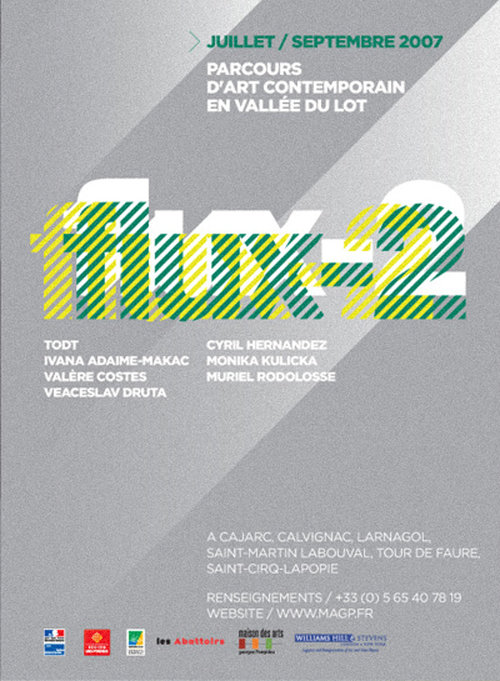