Fleisher/Ollman proudly announces a solo exhibition of Kambel Smith (b. 1986, lives and works in Philadelphia), who makes stunning, large-scale sculptural re-creations of iconic architecture. Here he focuses on Philadelphia examples, including Independence Hall, the Philadelphia Museum of Art, the Pennsylvania Academy of the Fine Arts, and the Benjamin Franklin Bridge. Working in cardboard, foamcore, glue, and paint, sourced mainly from the trash, Smith, who is self-taught, pays close attention to replicating architectural features like cartouches, flourishes on column capitals, cornices, fenestration, and other elements. Before embarking on the architectural sculptures, Smith made paintings of historical buildings on canvas, bucolic landscape paintings, as well as other subjects. His painting skills are clearly evident in the three-dimensional work, and are particularly captivating in the bas-relief panels on the facade of the Pennsylvania Academy of the Fine Arts, which he’s translated into delicate, small scale paintings. Smith secretly embellishes his Independence Hall sculpture with miniature portraits of founding fathers Thomas Jefferson and Benjamin Franklin, hidden away inside the building, but visible upon careful looking. Smith’s hand is evident throughout, as the buildings are works of art and not precise architectural models—cupolas slightly list, razor cuts are not perfect, and the found cardboard Smith uses shows evidence of wear. Smith brings together obsessive detail, humbleness of materials, and presence through scale in works that reveal a deeply human and personalized take on our built environment.

Kambel’s artistic journey has been centered around family and he has used art as an avenue to channel his autism. In parallel with painting and architectural sculptures, Kambel, in collaboration with his father, Lonnie, invents stories in which Lonnie begins a narrative and Kambel finishes it. These interactions prompted Kambel to create large numbers of character-based drawings. From there, they involved Kambel’s younger brother, Kantai (who is also autistic and an aspiring computer and video game coder) in developing their collective tales into a series of self-published graphic novels and animated videos. Each relates the idea that autism should not be conceived as a disorder, but as a condition that imbues people like Kambel and Kantai with superhuman abilities.

Coinciding with the exhibition at Fleisher/Ollman, Kambel Smith will have a solo show at Marlborough, New York, in its downtown location, October 12–November 16, 2019.

Kambel Smith has had one-person exhibitions at the Atlanta Contemporary Art Center, Atlanta, GA; Elaine de Kooning House, East Hampton, NY; and the 2019 Outsider Art Fair (presented by Chris Byrne), New York, NY.  He has been included in group exhibitions at Marlborough, London and the Brooklyn Print & Photo Fair, Brooklyn, NY, in the presentation One Day You’ll See: A History of Afrofuturism, curated by Brian Chidester.

Fleisher/Ollman thanks Chris Byrne and Marlborough for facilitating this exhibition.

Spotlight on Outsider Art: 27 Self-Taught Artists You Should Know About (Part 1) 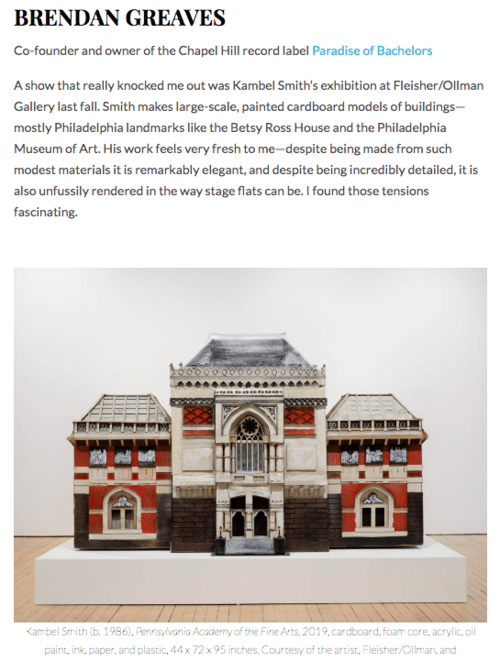 Philly artist with autism whose work sells for $25,000 has a Center City show. A year ago, he was unknown. 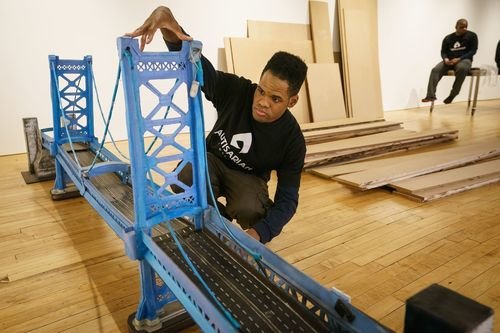