Fleisher/Ollman’s summer exhibition presents three miniature solo shows by three Philadelphia artists. The exhibition title reflects respective descriptors as an entry point to tease out meaning within and across each distinct body of work.

Adam Lovitz paints like an alchemist, concocting potions of paint composed of ingredients like sand and schist—sourced from walks along the Wissahickon Creek—mixed with acrylic; he then pours these concoctions over panels that he later excavates through sanding and scraping, and then re-paints. Lovitz catches the excess paint that drips from the support in small containers, integrating the recycled medium back into the painting or applying it to other works in progress (Lovitz paints on the floor of his studio, the panels elevated on small cans or blocks of wood). The recycled paint becomes a goopy morass that Lovitz thins with water; at times, he applies the viscous brew directly to the painting. Having created a series of layers through consecutive applications of paint, Lovitz gouges and scars the surface creating topographic effects. He also adds and removes resists during the layering process, creating recessed forms on the surface; paints a range of imagery including abstract patterns, cartoonish blobby faces, numerals and words on already substantially layered grounds; embeds into the painting skins of dried acrylic; and uses other materials like asphalt to provide texture and bas-relief. Lovitz’s paintings evoke the inherent duality and contradictions of human existence: culture versus nature, specificity versus universality. They bring to mind urban entropy and sedimentation, where layer upon layer of old, weathered advertisements peel from building walls revealing forlorn images and letterforms, or where ingrained stains and debris on sidewalks coalesce into abstract compositions. But entropy can just as well be evident in nature, and some of Lovitz’s more abstract, monochromatic paintings are reminiscent of ancient rocks—both earthly and meteoric—eroded and morphed through time and distance traveled.

Peter Allen Hoffmann comes to painting from a different place than Lovitz, though the two painters occasionally share an affinity for small-scale abstraction. Hoffmann’s interests lie in the tropes and themes associated with the history of painting. Through carefully composed works that stand out for their sumptuous glazing and incorporation of underpainting, Hoffmann explores the genres of abstraction, landscape painting, and still life. Each of these typologies is distilled in ways that obliquely suggest other artists or time periods, but become uniquely his own. Modulation of scale is an important element in Hoffmann’s practice. He works in two painting formats: one foot and six feet square. These sizes relate to the human body: head and arm span, respectively. Hoffmann has been drawn to the abstract compositions of quilts, so his interests are not always focused on painting with a capital “P” but also the expressions of self-taught, anonymous makers. Another touchstone for Hoffmann is what he calls American “folk abstraction,” evident in the work of trained artists like Marsden Hartley and Arthur Dove, whose idiosyncratic styles stand in relief to other artists working at the time. The small-scale abstractions that Hoffmann creates resonate in spirit with these early American modernists. While at first glance Hoffmann’s work may bring to mind post-structuralist theory’s critique of originality and “death of the author” arguments that heavily influenced appropriation art during the 1980s, Hoffmann does not see himself as a flag-bearer for any theoretical rationale. Rather, he wishes to set up conversations across different categories of painting, never copying historical painting styles verbatim, his signature handling of the medium always in evidence.

Alexis Granwell’s background in print and paper-making imbues her sculpture with a unique material sensibility. Adhering handmade paper to papier-mâché and wire armatures, Granwell creates forms that suggest eroded bodies, bodily fragments, and biomorphic shapes—a fusion of Jean Arp, Constantin Brancusi, and classical sculpture by way of the entropy of millenia. Accentuating the forlorn, Granwell uses a variety of coloring techniques (spraying, spilling and brushing) to suggest lichen encrustation and erosion. Granwell’s organic forms are radically juxtaposed with the pristine, rectilinear, monochrome pedestals of wood or concrete block on which they’re installed. Granwell’s attention to the pedestal as a sculptural object equal in weight to the works that lie on top places her in the company of recent contemporary sculptors (Matthew Monahan, Huma Bhaba, Thomas Houseago, and Lisa Lipinski) who creatively explore the aesthetic function of the base (all indebted to Brancusi). Like the artists mentioned above, Granwell’s work departs from the all-encompassing aspirations of installation art that gained traction over the last 30 years and instead returns sculpture to a discrete entity occupying a more circumscribed notion of space. In dialogue with Adam Lovitz’s paintings that conjure the surfaces of ancient rocks and minerals, perhaps Granwell’s biomorphs are not ruins after all, but scholar stones placed respectfully on oddly yet carefully crafted bases for deep contemplation. In any regard, Granwell’s evocation of entropy through sculptural form resonates with Lovitz’s paintings that explore sedimentation and the passage of time, and the geometry of Granwell’s pedestals pair well with Hoffmann’s geometric abstract paintings.

Adam Lovitz (b. 1985, lives and works in Philadelphia) received a BFA from University of Delaware and an MFA from the Pennsylvania Academy of the Fine Arts. He has been in group exhibitions in Philadelphia-area venues including Snyderman Works Gallery, Kamihira Gallery, Tiger Strikes Asteroid, Gross McCleaf Gallery, Fjord Gallery, Marginal Utility, the Delaware Center for Contemporary Arts, and the Pennsylvania Academy of the Fine Arts. Lovitz was also in a two person exhibition at Space 1026 (with Patrick Maguire). Lovitz has presented work in New York at Spring/Break Art Show (with Patrick Maguire and Ashley Wick) and in a group exhibition at Trestle Gallery.

Peter Allen Hoffmann (b. 1979, lives and works in Philadelphia) earned a BA from Bard College and an MFA from Hunter College. He has had solo exhibitions at Freight + Volume, New York, NY; Thomas Robertello, Chicago, IL; 222 Gallery, Philadelphia, PA; Vox Populi, Philadelphia; and Wexford Arts Centre, Wexford, Ireland. Hoffmann has been featured in group shows at venues such as Rosenwald-Wolf Gallery, University of the Arts, Philadelphia; Thomas Robertello, Chicago; Hallway Projects, San Francisco, CA; and Open-Galerie, Berlin, Germany. Group shows in New York include venues like Gary Tatintsian Gallery, Makor Gallery, Jen Bekman Gallery, and the Painting Center. He has been a resident at Cow House Studios, Wexford, Ireland and has received several awards, including a William Graf Travel Grant and a Tony Smith Scholarship.

Alexis Granwell (b. 1981, lives and works in Philadelphia) received a BFA from Boston University and an MFA from the University of Pennsylvania. She has had solo shows at venues throughout the United States and abroad, including Dickinson College, Carlisle, PA; Tiger Strikes Asteroid, Philadelphia, PA; Towson University, Towson, MD; Giampietro Gallery, New Haven, CT; Lawndale Art Center, Houston, TX; Arlington Center for the Arts, Arlington, VA; and the Europos Parkas Museum, Vilnius, Lithuania, among others. Granwell’s work has been featured in group exhibitions at a range of venues such as Field Projects, Momenta Art, and International Print Center (all in New York, NY); Savery Gallery, Moore College of Art and Design, Tyler School of Art, Pentimenti Gallery, Tiger Strikes Asteroid, and Woodmere Art Museum (all in Philadelphia); Shoshana Wayne Gallery, Los Angeles, CA; the Print Studio, Hamilton, Ontario, Canada; and Hemphill Fine Arts, Washington, D.C., among others. She has received grants from the Independence Foundation and the Printmakers Open Forum, and has had residencies at AS220, Providence, RI; Ragdale Artist Residency, Lake Forest, IL; and Europos Parkas Artist Residency, Vilnius, Lithuania.

Edith Newhall on Alchemy, Typology, Entropy in The Philadelphia Inquirer 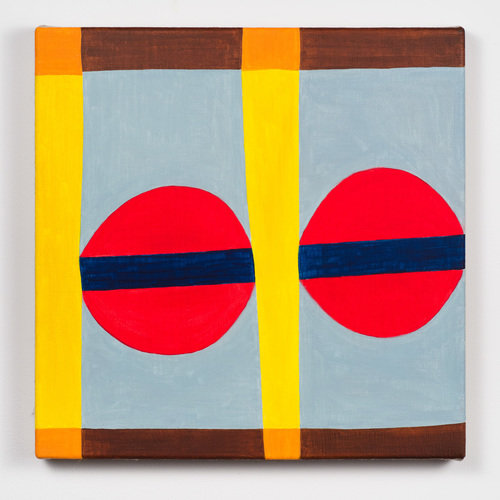 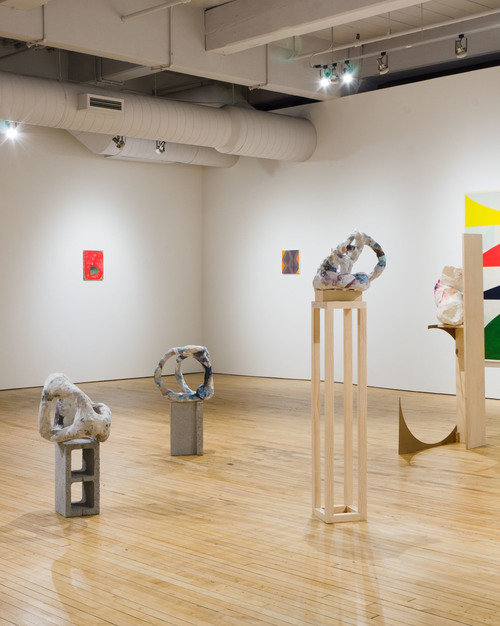